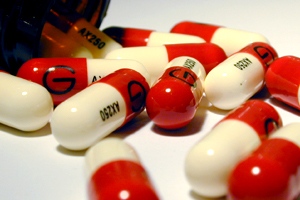 B.C. is taking a big step as one of the only provinces announcing a three-year exemption to decriminalize possession of some illegal drugs for personal use. Starting January 31, 2023, charges will not be laid in against anyone 18 years or older found in possession of small amounts of opioids, cocaine, methamphetamines and ecstasy.

The Federal Minister of Mental Health and Addictions and Associate Minister of Health announced the three-year exemption under the Controlled Drugs and Substances Act (CDSA) to take a step toward reducing the shame and fear associated with substance use.


“During the pandemic when people got increasingly isolated, an increased number of people started using drugs and hiding their addiction challenge from family members,” said Sheila Malcolmson, B.C.’s Minister of Mental Health and Addictions. “This was a call from the B.C. Association of Police Chiefs, from Dr. Bonnie Henry and many others, all saying our old way of shaming and filling people with fear if they use drugs hasn't worked.”

The province will work with a range of partners to implement this policy change. This includes the federal government, health authorities, police, Indigenous partners and community organizations to establish the public health and public safety indicators in order to monitor the outcomes of this exemption.

"In light of this announcement, we are working diligently to ensure our officers have up to date training and knowledge necessary in order to serve our communities. The RCMP, in collaboration with our policing partners in BC, will make adjustments to our policies and procedures to align with the guidance from the federal and provincial government,” said Deputy Commissioner Dwayne McDonlad, Commanding Officer of the B.C. RCMP, in a statement issued by the RCMP.

The listed substances remain illegal, but adults who have 2.5 grams or less of the certain illicit substances for personal use will no longer be arrested, charged or have their drugs seized. Instead, police will offer information on available health and social supports and will help with referrals when requested.

Terrace Mayor Carol Leclerc told CFTK -TV that this three-year exemption is the first step in much needed action to slow overdose deaths.

“If there's a way that we can help people with substance issues, I think that it's a good path forward. This hasn't been tried and as we’ve seen in the past, some things just haven't been working. I'm cautiously optimistic that this is a path forward for some people who are struggling with substance challenges.”

The city of Terrace has dealt with incredible amounts of overdoses just in the past year. The mayor and council says enough is enough as they push to end the stigma surrounding substance use.

“Terrace has the third highest overdose rate per capita in the province which is devastating. There's a lot of stigma that comes along with substance use and we want to alleviate that."


Together, the federal and provincial governments will work closely to evaluate and monitor the implementation of this exemption and to ensure that this exemption continues to be the right decision for the people of B.C.