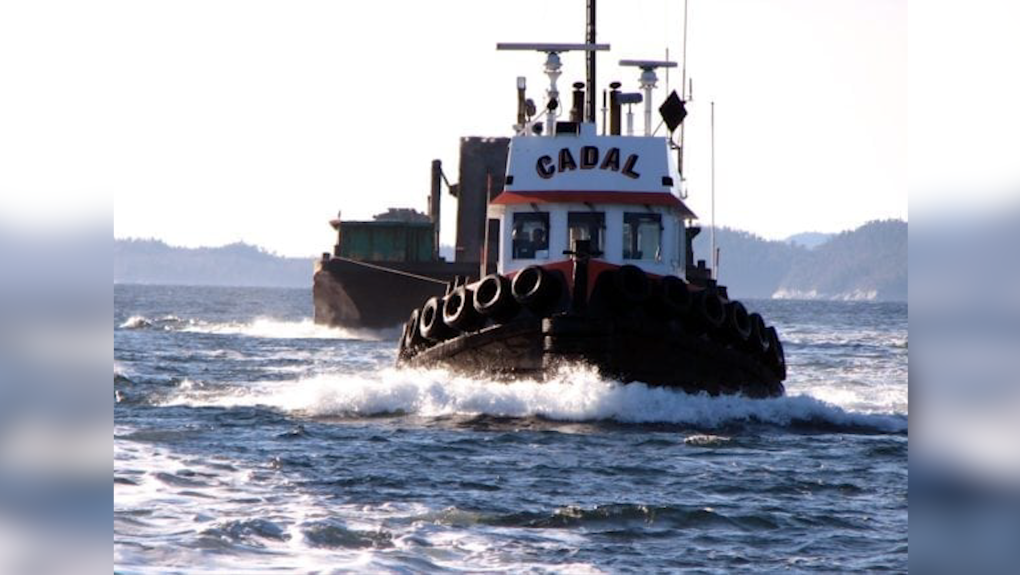 PRINCE RUPERT, B.C. -- Less than a year after a tugboat sank south of Kitimat and killed two people, another accident involving a tugboat operated by the same company is raising concerns about safety in the industry.

On November 2nd, Irvin Joseph was working on the Wainwright Marine tugboat Cadal, which was carrying a barge from Kitimat to Kemano.

The crew was eating dinner around 7 p.m., right before the accident happened.

“The deckhands happened to look up and notice we were heading headed straight for the beach,” he said.

“The captain immediately took over, hit reverse, and by then it was too late. We already hit the beach."

The boat had crashed into an island. To try to prevent the barge from hitting the beach, the captain rammed the tugboat into the barge, which Joseph says gave him a neck injury.

“It really hurt my neck there, and, you know, I was at the point where I couldn't sleep or get comfortable enough to have a good sleep. I've been bedridden for the past week."

Back in February, Wainwright Marine’s Ingenika tugboat sank along the same route. Two men died in the incident, while another was able to swim to shore.

International Longshore and Warehouse Union Canada Local 400 Marine Section President Jason Woods says he was in “disbelief” when he heard that a second Wainwright tugboat had crashed this year.

"I don't think this company has learned anything from their accident in February, if this is their standard operating procedure going forward."

The accident has critics calling for more safety regulations on tugboats.

"There is a lack of enforcement, regulation, and inspection the smaller the boat you go,” said Woods.

“The larger the vessel, the easier to define, the easier it is to inspect. And then you just go down the ladder to when you get to the under-tonnage vessels, and then they’re not even inspected.”

"For tugboats under 15 tonnes, there are very few safety regulations. They're not regulated the way that larger commercial vessels are. And as a result, there are a lot of workers out there who are saying that these tugs are being used in unsafe ways"

Bachrach, who serves as the NDP's transportation critic, says he wrote a letter to the transport minister calling for immediate action.

"With two accidents in short succession, we feel the minister needs to put in place emergency orders to protect the men and women that are operating these tugboats on our coast."

Joseph says his injury's a bit better now, and he has plans to see a physio. But due to his safety concerns, he says he's not sure if he wants to go back to work with Wainwright.

"If that barge ran us over, I don't know if I'd be sitting here having this conversation right now."

The Transportation Safety Board is investigating the incident. Wainwright Marine did not respond to a request for comment.