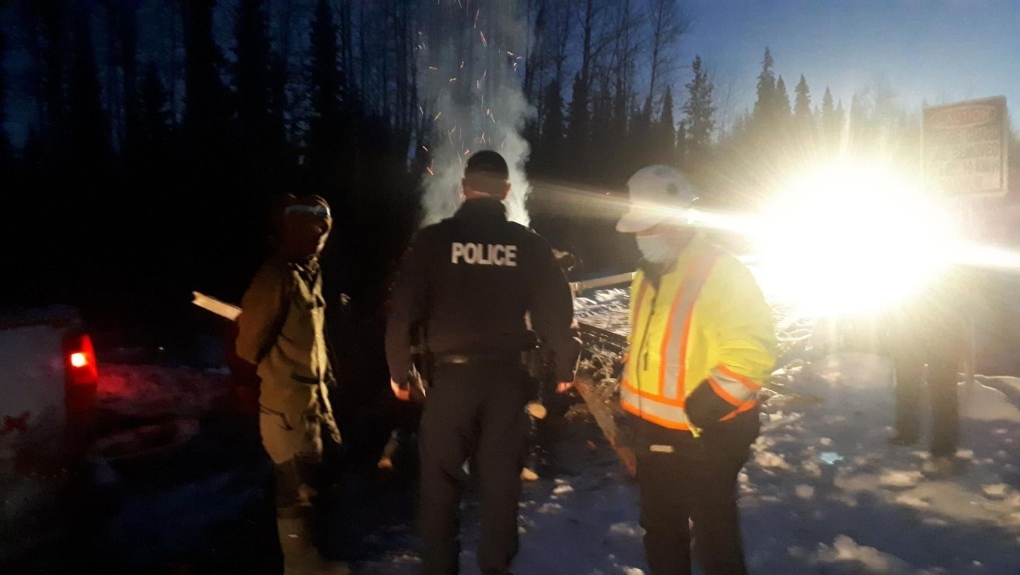 Cpl. Madonna Saunderson says patrols on the Morice Forest Service Road near the 44 kilometre mark came upon a new blockade in the form of a vehicle that had been placed across the road.

There were also three individuals dressed in camouflage. A fire was also lit on the road near a bridge.

One individual left, but the other two remained and were arrested for contempt of a court order and mischief. Both individuals have been released from custody pending future court appearances.

A total of 31 people have now been arrested this month for blocking construction of the pipeline.