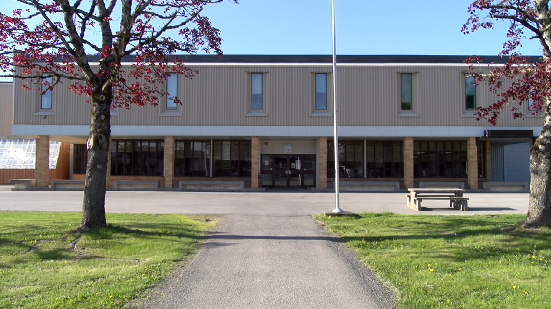 Tiana Tozer is an award-winning community advocate, ICBC road speaker and USA Paralympic medalist who aims to bring her personal experiences to life.

On Tuesday, Tozer spoke to Caledonia Secondary School senior students about road safety, sharing her story of how her life was impacted by an impaired driver at 20 years old.

“When I first started recovering from my crash, I was really angry but I didn't have anybody to be angry about until the police told me that I was run over by an intoxicated driver,” said Tozer. “On that day, I called Mothers Against Drunk Driving and said I wanted to do something about the problem and that's how I started speaking.”

For Tozer, she immediately wanted to take a stand against intoxicated driving and to change attitudes around road safety.

“Kids just learning to drive should go through driving school. They need to understand that they're driving a 3000 pound weapon and that a driver's license is a privilege, not a right.”

According to ICBC, young male drivers are involved in crashes almost three times more often than young female drivers, particularly when speed or impairment is involved. 19% of drivers speeding in crashes resulting in injury or death were 16 to 21 years old. Yet these young drivers make up only 6% of all licensed B.C. drivers.

“The real target is the high school seniors throughout northern B.C. The idea is to get that message out just before graduation time because we want to make sure that our younger folks are making the best decisions they can as they’re beginning their lives,” said Doug Mac Donald, ICBC’s Road Safety Coordinator.

To better engage with younger audiences and teach them about road safety and etiquette, ICBC is working on virtual reality apps to make the experience authentic and eye-opening.

“One of the things we’re working on right now on ICBC.com is our Street Sense app. We got virtual reality goggles that we’re actually going to be introducing in the next little while,” adds Mac Donald. “The app is available on ICBC.com and students can download it to take part in these different versions of driving. The general idea is to take users through 15 scenarios involving common driving hazards in B.C.”

Both web-based and downloadable versions of Street Sense are available.