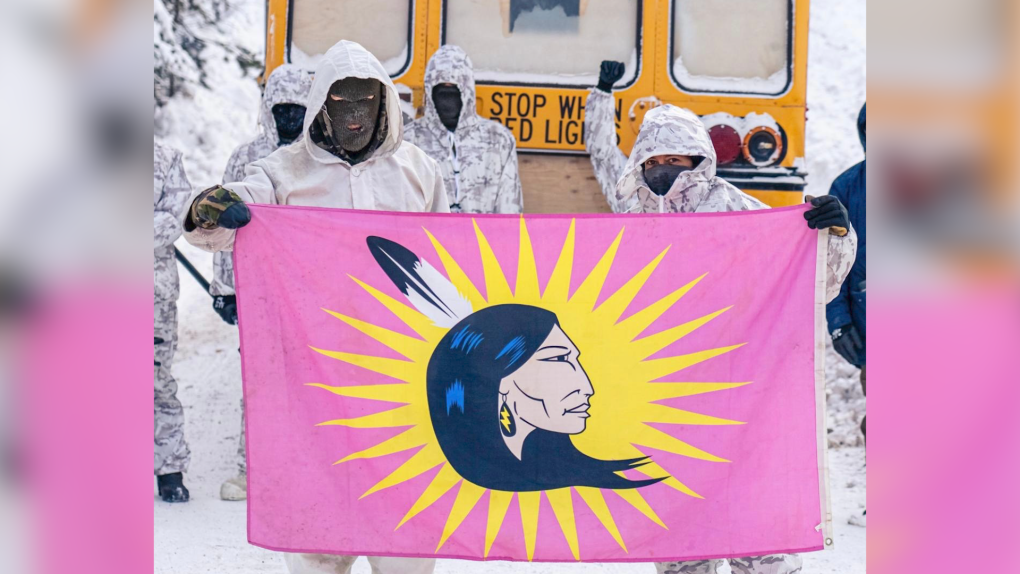 PRINCE RUPERT, B.C. -- The Wet'suwet'en Gidimt'en Checkpoint says it has once again evicted Coastal GasLink workers from the company's proposed drill site by the Morice River.

The group, which acts under the direction of the Wet'suwet'en Hereditary Chiefs, says pipeline opponents have re-occupied the area known as Coyote Camp to prevent CGL from drilling underneath the river.

This comes after an RCMP operation in mid-November that saw police arrest 29 people in two days and remove a number of anti-pipeline blockades – including the previous Coyote Camp – near the company's worksite.

Gidimt'en Checkpoint Media Spokesperson Jennifer Wickham says they are asserting the Wet'suwet'en law that no pipelines will cross the Yintah.

“Wet'suwet'en law supersedes and has been in existence for thousands of years before colonial law,” she said.

“We are doing our job as Wet'suwet'en people by upholding the Wet'suwet'en hereditary chiefs’ law that no pipelines will cross our territory."

It alleged pipeline opponents had threatened CGL security with violence, damaged trucks with clubs and fired flares and bear bangers.

The company says security officials left for fear of their safety

“Coastal GasLink is increasingly concerned about the safety of our workforce and the public following this escalation in unlawful and dangerous activities by opponents that have put people, property, and the environment at risk,” it said.

“An enforceable B.C. Supreme Court injunction is in place to address illegal activities and allow Coastal GasLink to continue with our fully permitted work.”

CGL also told CFTK-TV news there is no work in the area due to a contractor winter break holiday, but it remains an active worksite.

Police say they are investigating the incident are will continue to monitor the situation, adding that any persons found blockading or impeding workers' access to the area are in breach of the injunction and may be subject to arrest.

“That is always a threat of the province and the federal government and the RCMP – to criminalize Wet'suwet'en people for upholding our own laws – and we understand that risk and so do our supporters,” said Wickham,

Wickham was also skeptical of the claims that protestors were threatening violence against CGL security and damaging vehicles, alleging police and Coastal Gaslink have made similar claims in the past that she says were not true.

Coastal GasLink says the project is almost 60 per cent complete and that construction is active throughout the remainder of the corridor.