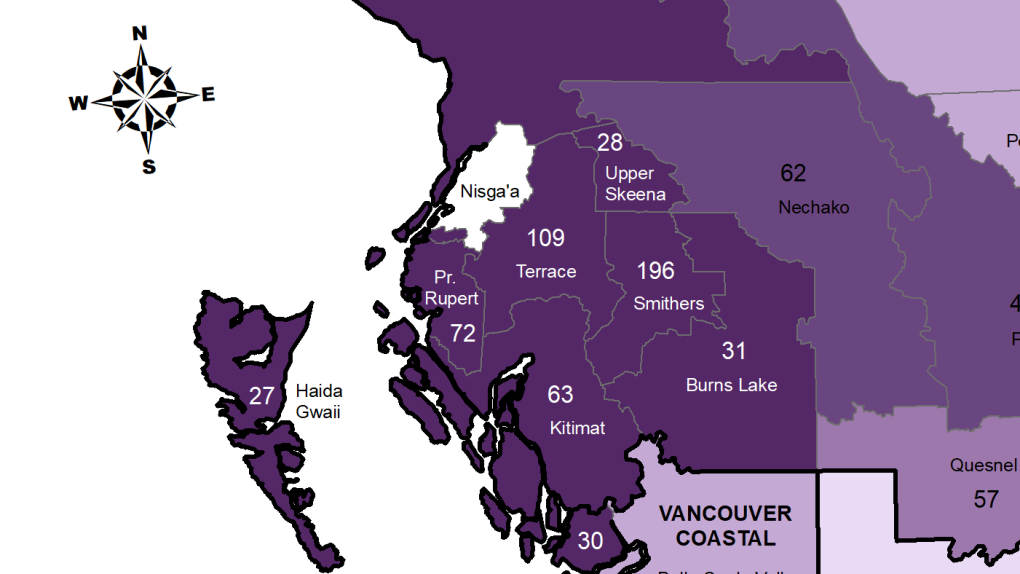 (BC Centre for Disease Control).

The fifth wave of COVID-19 is hitting the northwest hard, as multiple areas in the region are recording their highest weekly case counts on record.

According to the B-C Centre for Disease Control, 196 new cases of the virus were found in the Smithers Local Health Area from January 2nd to 8th.

In that same period, 106 cases were reported in Terrace,

For all four of these regions, these are the highest weekly case counts they've ever encountered.

There were 27 last week on Haida Gwaii, 31 in Burns Lake, 62 in Nechako and 13 in the Snow Country - Stikine - Telegraph Creek region.

There were no new cases in the Nisga'a Local Health Area.