“An incredibly unfortunate and traumatic event for many:" arrests on Wet'suwet'en territory trigger concerns 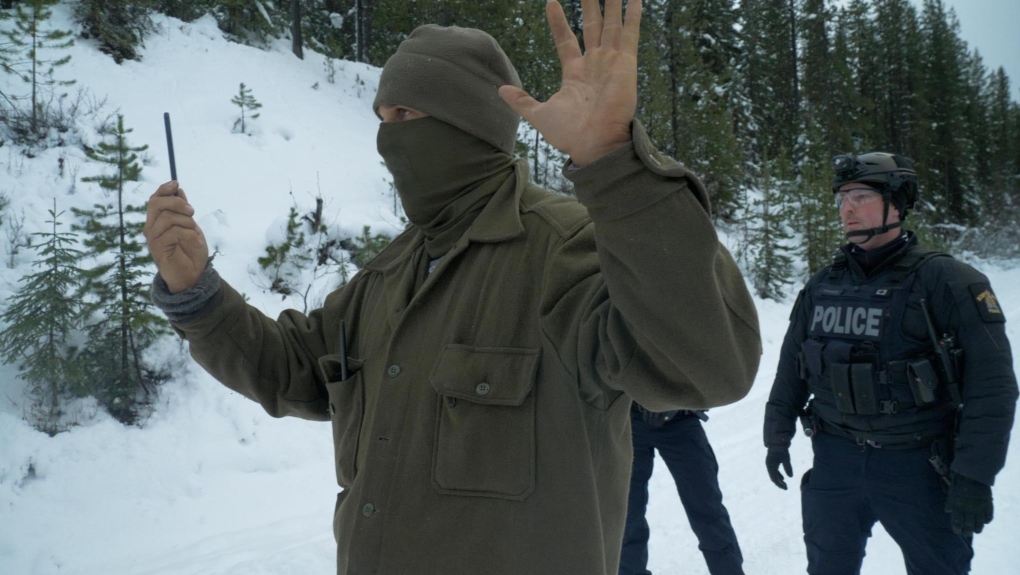 Cody Merriman was arrested as part of the RCMP's ongoing enforcement of a Supreme Court injunction in Wet'suwet'en territory. He was released from police custody today, according to the Gidimt'en Clan. (Photo source: Gidimt'en Checkpoint - Facebook).

PRINCE RUPERT, B.C. -- The conflict over the Coastal GasLink pipeline continues in the Northwest.

According to a statement from the Gidimt’en Clan, police armed with assault weapons and dog teams breached two cabins on Friday. One of the cabins was the Coyote Camp, which was set up by pipeline opponents to prevent CGL from drilling underneath the Wedzin Kwa, also known as the Morice River.

Coastal GasLink says the enforcement activities around the Morice River drill site location are now complete, and that the Marten Forest Service Road has been cleared of obstacles.

However, the events leading up to the clearing of the road have garnered plenty of criticism from those concerned with the RCMP’s actions.

“This is the second time they've used paramilitary tactics and weapons to take down a group of a handful of unarmed people that are simply attempting to protect their fundamental land rights that are recognized in the Declaration on the Rights of Indigenous Peoples Act, which is legislation in British Columbia,” said Grand Chief Stewart Philip, president of the Union of B.C. Indian Chiefs, in an interview with CFTK.

Jessica McCallum-Miller, an Indigenous advocate and former Terrace city councillor, also posted a video to her Facebook page expressing solidarity with the Wet’suwet’en.

The Council of the Haida Nation (CHN) issued a statement over the weekend, saying it stands firmly with the Gidimt’en Clan.

“It's really concerning to see the level of militarized RCMP that's being used in this situation for, really, people on their own territory, unarmed,” said CHN President Gaagwiis Jason Alsop in an interview with CFTK.

“The level of force, the level of resources that are going into that – and to see to see the surveillance and all of that – it seems excessive. I think it would be best at this time if the RCMP could stand down and Coastal GasLink would stand down and allow for the Wet’suwet’en chiefs and the government to continue on dialogue on next steps.”

In a series of tweets, Stikine MLA Nathan Cullen described the enforcement action as “an incredibly unfortunate and traumatic event for many.” He says efforts to engage in dialogue between the parties involved have been unsuccessful.

“This long running dispute has divided families & communities and made the work of reconciling provincial & Wet’suwet’en laws and title incredibly challenging. Yet we remain committed to doing just that. There will be many important questions that need answering in the coming days and much healing that will be required.”

“We are at a critical juncture for reconciliation in our country. I can’t help but feel that actions like the ones we are seeing today harm those efforts in ways that will be with us for a long time,” he wrote in a Facebook post.

“As always, Haisla Nation council has maintained the opinion that what is transpiring in other people’s territories are there’s to resolve and there’s to be attentive no. However, we do hope that all of these issues are resolved in a peaceful manner and that they conclude very quickly,” she said.

Coastal GasLink says it continues to actively monitor the situation and that it remains concerned for the safety of everyone involved.

“It is unfortunate that the RCMP must take these steps so that lawful access to our lodges and public forestry roads can be restored and to ensure the safety of those in the area including our workforce, contractors, and the Indigenous and non-Indigenous community members,” it said in a statement posted on Friday.

The RCMP’s Access Control Point at the 27.5 kilometre mark on the Morice Forest Serice Road remains in place.