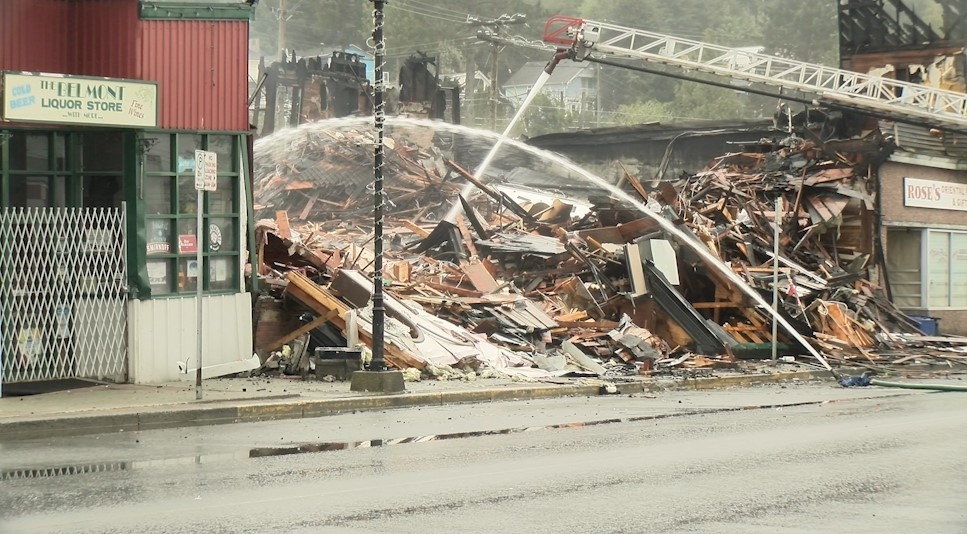 The Belmont Hotel in Prince Rupert burned down in a structure fire from May 1.

Questions remain surrounding the structure fire that took down the Belmont Hotel on the evening of May 1, as local authorities continue to work through what happened. Fire service advisers (FSA) from Smithers and Prince George have been brought in to aid with the investigation.

"Typically, you'll bring in FSA's for large events or if there are fatalities, they're just an additional resource for local fire departments and often give us a separate set of eyes for the investigation purpose," said Jeff Beckwith, Prince Rupert Fire Chief.

While the cause of the fire has yet to be determined, the investigation has led officials to believe that it shouldn't have started on its own.

"We are going to call this fire as suspicious in nature simply because we don't have a natural ignition source in the area of origin, which just typically that could be electrical or it could be other things like that.  There was nothing like that in this case. A suspicious fire doesn't necessarily mean it was a purposely set fire or an arson fire, it just means that it's suspicious because it shouldn't have happened on its own," said Beckwith.

Due to the suspicious nature of the fire, Beckwith says the investigation has been passed along to local RCMP moving forward.

"We'll bring in RCMP because they have resources to go door to door and start asking around to see if somebody saw something, if there's early video footage of it. We simply just don't have the resources to to to get to that level," Beckwith told CFTK-TV News..

Prince Rupert RCMP is yet to release any information as to how the fire started, as the investigation remains in the very early stages.