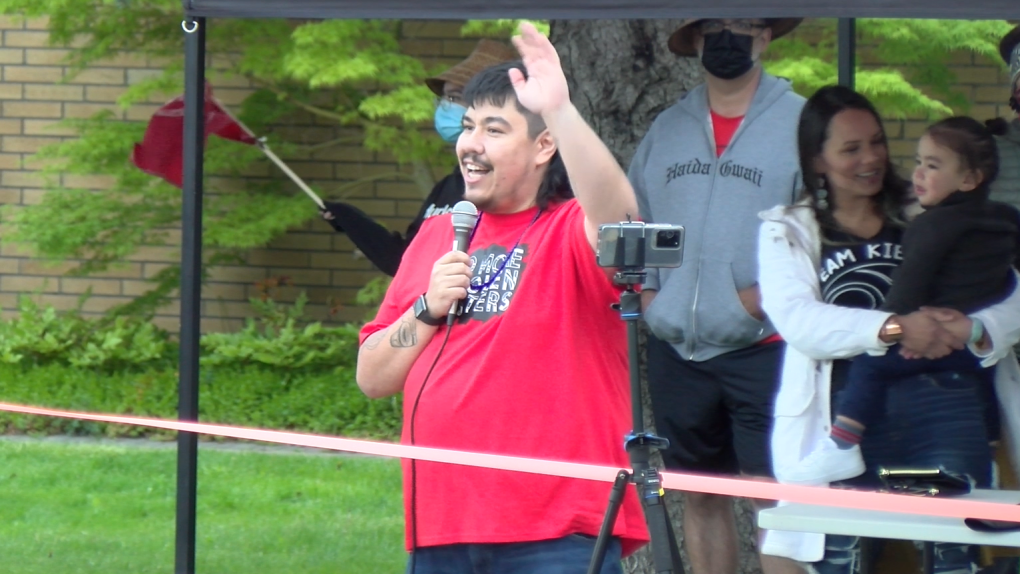 Throughout October, Collison and the FNHA will be releasing videos on social media promoting the vaccine.

People can also get a hat featuring one of Collison's slogans – "just a kid from the rez" – if they enter the health authority's "vax champ" competition.

This involves submitting a photo of yourself to the health authority's "vax champ" page and sharing your reason for getting vaccinated.

The top prize is a 500-dollar visa gift card.

In an interview with CFTK, Collison said he hopes to use the platform to reach young Indigenous men and encourage them to get their shots.

“[The First Nations Health Authority’s] numbers have shown that Indigenous males from age 30 and under are lacking behind in numbers of getting vaccinated,” he said.

“There's some hesitancy there. So I’m just trying to break down barriers and, through this partnership, hopefully spread some meaningful information and try to bump those numbers up so we can get back to some type of normalcy in the world through this pandemic that we're all struggling with.”

FNHA says vaccination rates among Indigenous people are well behind the rates of the rest of the population.

It says some age ranges are comparable, but youth and especially those between the ages of 18 to 29 have the lowest vaccination rates. Men are also lagging behind women in every age group.