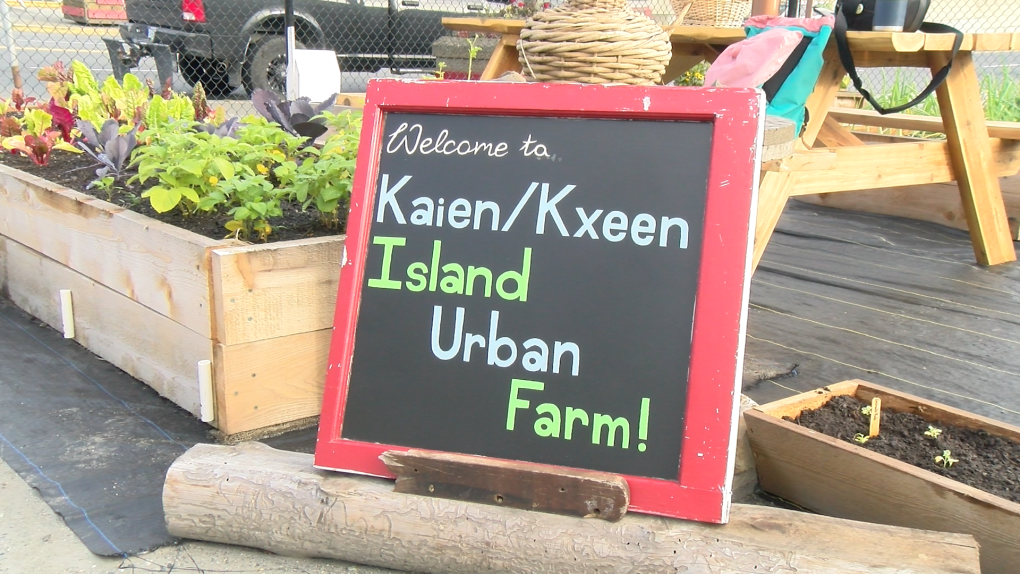 PRINCE RUPERT, B.C. -- When you think of farming and gardening, you probably don’t think of downtown Prince Rupert.

Ecotrust Canada wants to change that.

Earlier this month, the environmental non-profit opened its Kaien Island Urban Farm on 2nd Ave West – right in the city’s downtown core, on a plot of land owned by the Metlakatla Development Corporation.

Ecotrust Canada Food Systems Manager Charles Gerein says the purpose of the project is to show how much agriculture can be grown in Prince Rupert.

“We’ve strategically chosen a highly visible spot here in town because we want people to see that we're growing [and] see the plants growing as they're happening. It's really meant as a demonstration, so showing what we can grow here in Prince Rupert combating the notion that the climate is not conducive to certain plants,” he said.

Prince Rupert is a remote city, and much of the food here comes from far away. Gerein says this garden will reduce the reliance on food arriving from long distances.

“We have these massive supply chains: food coming over great distances from the south of Canada, from overseas, from southern parts of the United States. These foods are traveling a long way. This is adding food miles, not helping the environment and also nutritionally harming the food as it travels. So we're trying to shorten the supply chains, grow some of this food in town, and get people growing food in their own yards as well,” said Gerein

Ecotrust is currently growing all of the food in the garden itself, and it’s planning to donate it all to charities around the city. In the garden’s second year, Gerein says Ecotrust will look at how community members can grow their own food in the garden. The non-profit will also look into either expanding their current garden or creating more community gardens around town.

“We’d love to see different spots dotted around Prince Rupert so people can grow closer to their own homes.”

So far, Gerein says the reception to the garden has been positive, and that people are happy to see a green space in the city.

“People in the neighborhood – our neighbors, employees walking by every single day – you can tell how much they love watching the plants grow; how much they love seeing this bare plot of land turned into a growing space, a green space in town. And they express it through their actions or even through their words, saying it's just so lovely to see plants growing in the middle of town.”