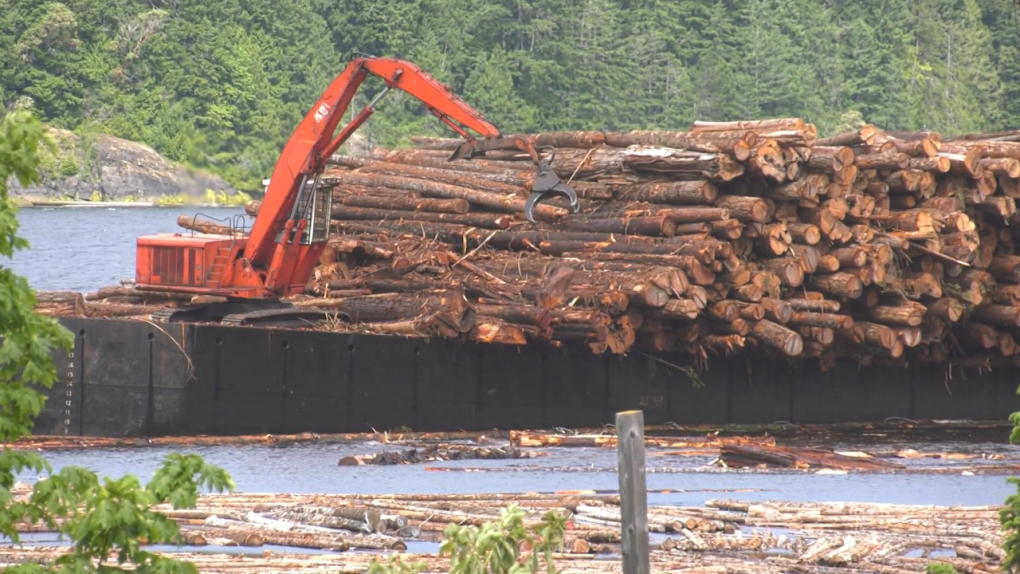 San Group recently announced an investment of nearly $100 million into their Port Alberni facilities earlier this month, and they're now contemplating an expansion into the Northwest. (Photo source: CTV Vancouver Island).

“No decisions been made about what specifically to build, but I can tell you that we want to see production that's close to where the harvesting occurs," he said. "We want to reduce the export of raw logs because the employment and production should be in our province and not overseas.”

Ruttan also said a benefit of having operations in the Northwest is that it’s easy to make full use of the types of trees here – and any waste that comes off of them can be turned into compressed wood bricks for fireplaces or wood pellets that can be used to produce energy.

“We want to make full use of every single log that's harvested, and we don't want to see anything wasted. That's been the San ethos right from the beginning."

Earlier this month, the San Group made news when they announced they announced an investment of nearly $100 million into their Port Alberni facilities.