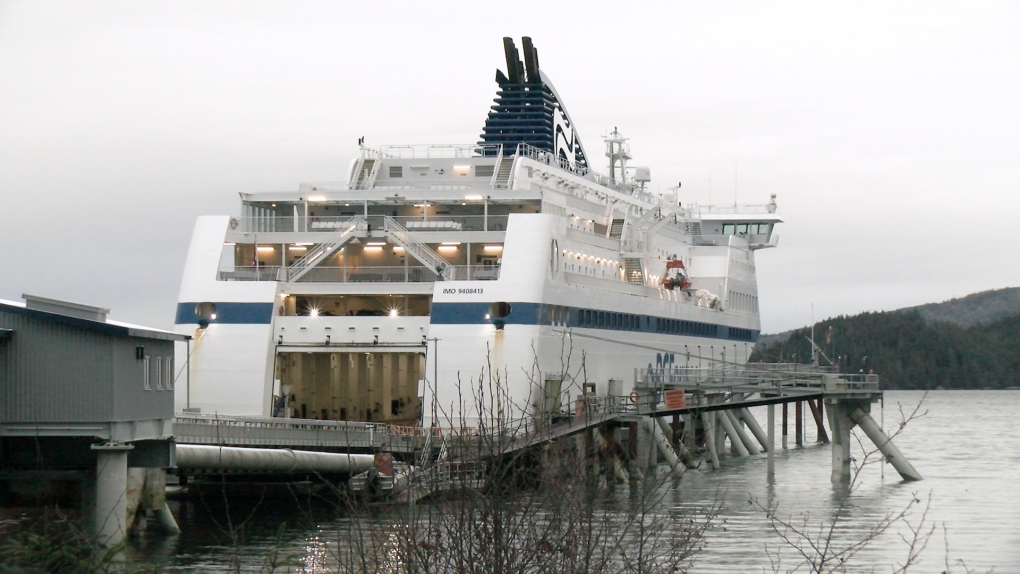 PRINCE RUPERT, B.C. -- The North Coast Regional District is planning to send letters to the BC Ferry Commission and the BC Ferry Authority, asking them to take action in light of what it describes as “declining service reliability” on northern ferry routes.

This comes after many sailings to Haida Gwaii were either delayed or cancelled over the past two months due to rough weather conditions, and after the Northern Expedition ferry was removed from service for two months due to engine failure.

“It's definitely reached a point where the communities and the residents have been negatively impacted,” said Barry Pages, the regional district’s board chair and the mayor of Masset.

“We're hearing from more and more residents that they're being stranded on either side for up to a week.”

The letter argues the threshold that BC Ferries uses to make cancellations has “dramatically lowered.”

Many of these cancellations are due to bad weather, but Pages says that since one ferry from Prince Rupert manages both the Skidegate and Port Hardy routes during the wintertime, it makes the company more likely to cancel sailings rather than delay them.

“If weather delays a sailing for a day or two, they typically seem to cancel them now because they've got these other sailings that they need to do. That's problematic when our weather patterns seem to be more and more unreliable.”

Other issues the letter raised include what it describes as poor communication regarding cancellations, a decrease in staffing reliability for the Route 26 (Graham Island to Moresby Island) ferry and lower mechanical reliability.

Electoral Area E Director Evan Putterall said the regional district isn’t in a place to question BC Ferries’ management decisions, but he nonetheless wants the Ferry Commission and Ferry Authority to take a look at these issues to see if they can make any recommendations.

“They may come out and say BC Ferries is doing the right thing in regards to weather cancellations,” he said.

“If they do that, then we may have to look at – okay, if we're getting more and more of these weather cancellations and they're causing economic harm to communities, then maybe we need to look at the vessels that are in place and have two vessels staffed instead of one in the wintertime, or something like that, so that they can catch up when there's cancellations.”

BC Ferries Public Affairs Executive Director Deborah Marshall disagreed with the argument that service reliability on northern routes is declining.

“When we're looking at our reliability – and that is our ability to deliver the number of scheduled sailings – it's actually very high. We did have a situation in the summertime when we had a mechanical failure with the Northern Expedition, and unfortunately, that ship was taken out of service for a couple of months. But aside from that, our reliability is very high.”

BC Ferries provided CFTK-TV News with a document of statistics on cancellations and route reliability on northern routes. Both charts are presented at the bottom of this article.

The company attributed these declines to the Northern Expedition’s engine failure.

BC Ferries also presented a second chart that details total annual weather cancellations as reported to the BC Ferries Commissioner that it claims doesn’t support the conclusion it’s cancelling more sailings due to weather. The chart does show a small increase in cancellations on the Prince Rupert - Haida Gwaii ferry in the 2020 and 2021 fiscal years, but the company also notes the amount of weekly round trips during the off-season on this route increased from two to three in 2019.

The chart doesn’t include any cancellations past September 2021. Five round trips between Prince Rupert and Skidegate were cancelled in October and November due to bad weather and many other sailings were delayed.

“Weather cancellations certainly happened in the winter time. Sailings do get canceled, or they do get delayed. And it's not just in the north – it is around the fleet,” said Marshall.

Putterall disagreed with the company’s argument that service reliability has remained stable.

“They have their statistics, but I think it's pretty clear to anybody who rides the ferries in the north that there's more weather cancellations, especially this year, than there has been previously. In addition, [there have been] significantly more service disruptions in relation to mechanical issues,” he said.

“They can be defensive all that they want, but the intent of the regional district is not to get into arguments with BC Ferries. Our intent is to solve the problem that exists, whether they are acknowledging it right now or not. That’s why we're reaching out to the regulators, because it's their role to look into situations like this.”

BC Ferry Commissioner Eva Hage declined to comment and said she has not yet received the received district’s letter. However, she said the commission will review it once it arrives and take whatever actions it needs to take.

The BC Ferry Authority did not respond to CFTK’s request for comment.