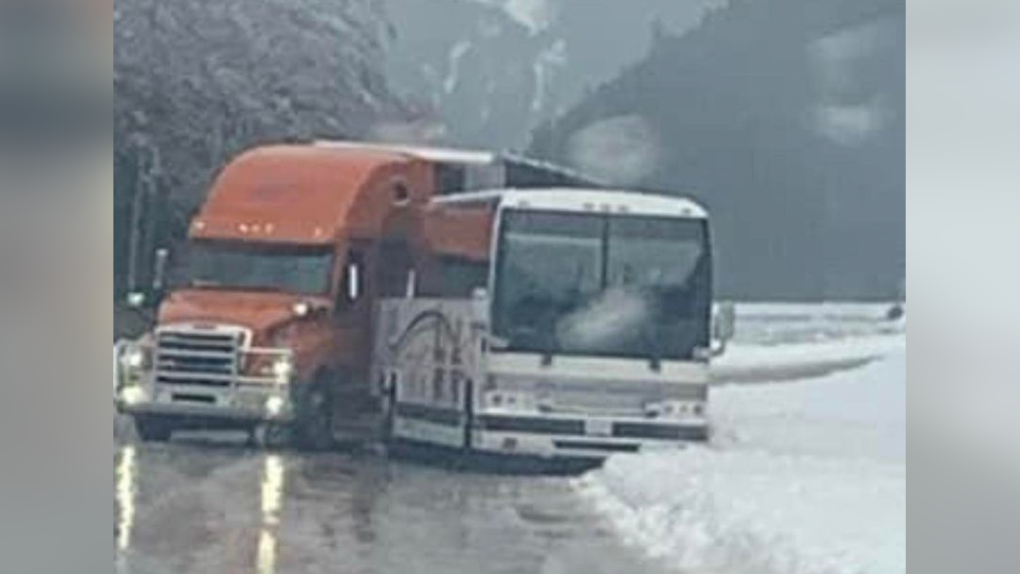 PRINCE RUPERT, B.C. -- A Northern Health Connections bus was struck by a transport truck on Monday.

A statement from Northern Health Spokesperson Eryn Collins says the bus was travelling from Prince Rupert to Prince George and was pulled over between Prince Rupert and Terrace so that the bus driver could install tire chains.

The bus was hit while it was pulled over. Fortunately, none of the 12 passengers or the driver were injured.

Another bus was brought on site to move the passengers, who were taken back to Prince Rupert.

Conditions along the highway between Prince Rupert and Terrace have been treacherous lately. A travel advisory from the Ministry of Transportation is currently in effect between Port Edward and 24 kilometres west of Cedarvale along Highway 16 due to freezing rain.