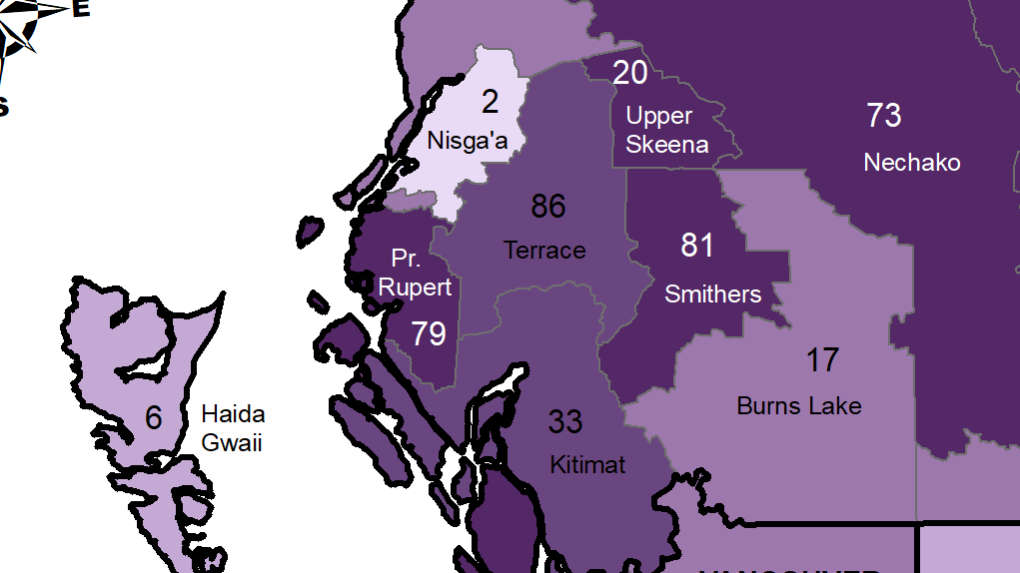 COVID-19 case counts have dropped in the northwest, but the BC Centre for Disease Control says there are still a few hotspots in the area.

All four of these places had infection rates higher than 60 cases per 100,000 people.

Areas with lower rates of the virus include Terrace with 86 new cases, Kitimat with 33, Burns Lake with 17, Haida Gwaii with six, Nisga'a with two and the Snow Country - Stikine - Telegraph Creek aggregate with six.

However, it's important to remember these numbers only include cases confirmed through testing and that their actual case counts are likely much higher.