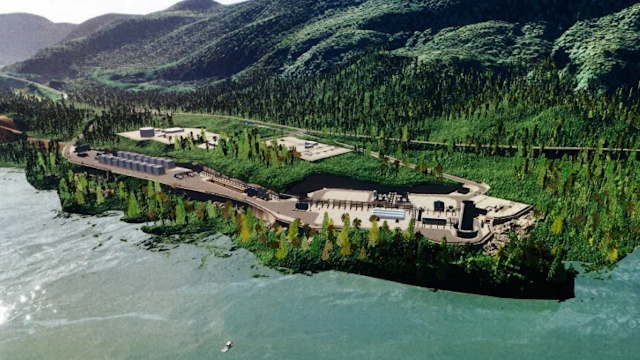 PRINCE RUPERT, B.C. -- More progress has been made on the development of a small-scale Liquefied Natural Gas Facility in Port Edward.

The B.C. Oil and Gas Commission has given a facilities permit to Port Edward LNG. Likewise, Port Edward council approved a development permit for the project last week, which will allow early site work to take place.

During its construction period, Port Edward LNG is expected to create 80 jobs during peak employment over an 18-24 month construction period. During operation, there will be up to 12 employees, in addition to contracted support jobs like janitorial work and trucking.

The project will take gas out of the existing Pacific Northwest Gas Pipeline, liquefy it, and export it to overseas markets. The project’s size will only be about one per cent of that of the LNG Canada megaproject in Kitimat.

Port Edward Mayor Knut Bjorndal says the district has lost a lot of employment over the decades – notably due to the closure of the pulp mill and declines in the fishing industry – but projects like Port Edward LNG can help bring jobs back.

"This is what is really important now in this area, is to create jobs,” he said. “And we've got very few opportunities. Natural gas is a huge commodity, and in British Columbia, we've got more gas than we can consume. To have an export facility to liquefy it is a real plus."

Bjorndal also says LNG can be used as a transition fuel that can replace heavier-emitting fuel sources such as coal, gasoline or diesel.

"If you switch diesel fuel to LNG, you're going to significantly lower the emissions of the greenhouse gases. Also, there's a lot less toxic elements like nitrous oxide and all those other things that give diesel a bad name."