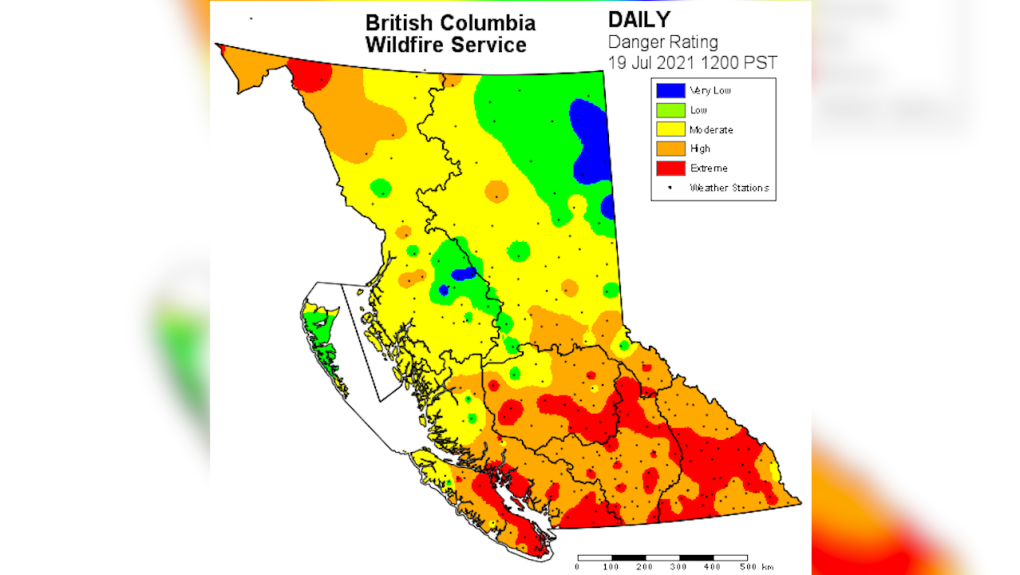 TERRACE BC -- Cooler weather and precipitation in recent days has resulted in a downturn in fire activity in much of the northwest, allowing crews to bring the Bulkley Lake Fire southeast of Topley under control.

The 181.90-hectare blaze is no longer considered a "fire of note", meaning the Northwest's only wildfire in that category is the Chief Louie Lake Fire south of Ootsa Lake, which covers 18,338 hectares.

Ground crews and heavy equipment have been working to establish control lines to prevent growth to the north and east.

In the far northwest, the Cold Fish Lake Fire southeast of Dease Lake is 7,335 hectares, but is not threatening any communities or structures.

But central and southern BC continue to be hot and extremely dry, and roughly 300 fires are burning across the province.

The BC Hotel Association says a serious workforce shortage is adding to the lack of accommodations available to wildfire evacuees, while Ken Gillis, chairman of the Thompson-Nicola Regional District, says finding accommodations for evacuees has been a "nightmare''.