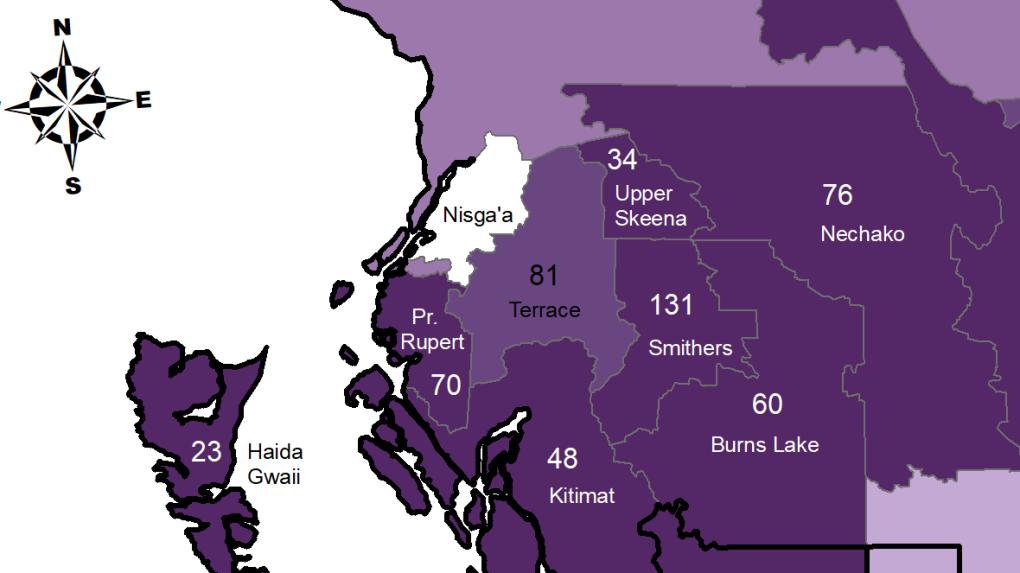 (Source: BC Centre for Disease Control).

New weekly data from the BC Centre for Disease Control shows COVID-19 continues to remain widespread throughout the northwest.

However, recorded case numbers did decline from the previous reporting period.

Smithers had the highest number of new infections -- it saw 131 new cases of the virus between January 16th to 22nd.

That's a drop from the 293 new cases recorded in the previous week.

On a per capita basis, Burns Lake had the second-highest rate of new cases in all of B.C. last week, with the Central Coast having the highest.

Many other northwest regions saw decline in cases from the previous week, but case counts in many remain high.

There were 81 new cases in Terrace, 70 in Prince Rupert, 48 in Kitimat, 23 in Haida Gwaii, 34 in Upper Skeena and six in the Snow Country - Stikine - Telegraph Creek aggregage

Cases did climb in Nechako, which saw 76 new infections.There were no new cases in Nisga'a.

The BCCDC's COVID-19 surveillance dashboard also says that the amount of COVID-19 tests being done in the Northern Health region declined during the most recent reporting period for Local Health Areas.