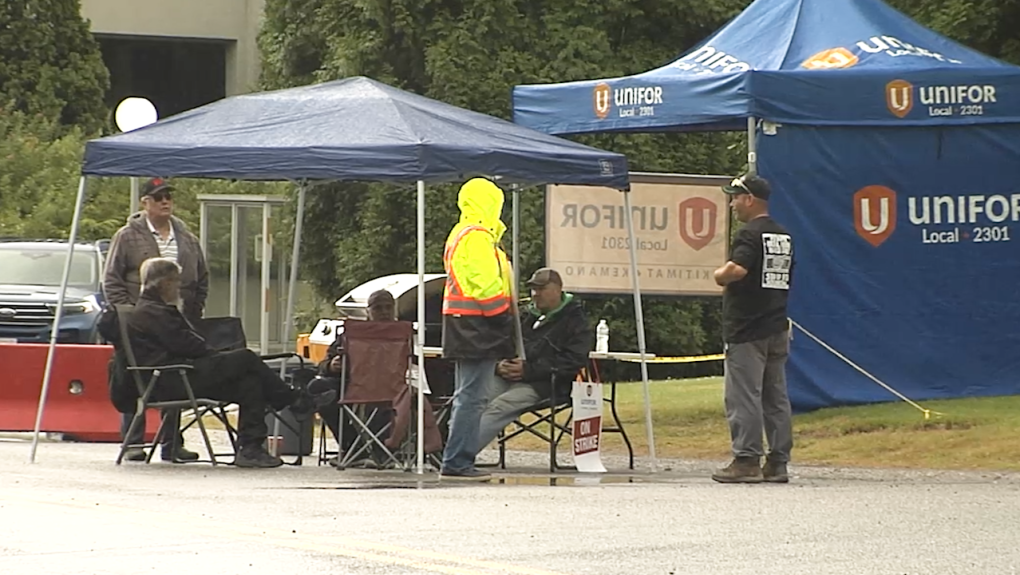 PRINCE RUPERT, B.C. -- There's new hope for a deal to end the month-long strike by 950 workers at Rio Tinto in Kitimat and Kemano.

Late yesterday afternoon, the company and Unifor Local 2301 issued a joint statement saying they have returned to the bargaining table.

The renewed negotiations come after a meeting of company and union representatives in Vancouver on Monday.

The statement says they had an open and frank discussion about the long-term changes needed for the smelter to be a sustainable and respectful workplace for all.

"We started to describe our shared vision for the future of BC Works," reads the statement.

"The importance of a significant reset and cultural change based on mutual trust is recognised as paramount. We all want to build an environment where the entire workforce feels listened to, cared for and reflect proudly on their workplace and the contribution they make."

It specifically talks about seeking a work environment where issues are resolved early and formal grievances are the exception.

"Leaders and members show courage in addressing issues without unnecessary escalation," it says. "We all want to work in roles that we are properly trained and prepared for, while operating assets that are healthy and stable."

The union indicated before the strike that a backlog of hundreds of grievances was a major issue.

The statement says if these new talks are successful, Rio Tinto and Unifor Local 2301 will develop a plan to return to work that would see a ramp-up to full production at the smelter with all pots back in operation.

"Together we are committed to negotiating in good faith ensuring that we maintain open minds in understanding each other’s concerns. We are pursuing a collective agreement that will provide a foundation for respect in the workplace, a stable, sustainable and high-performance smelter."

A return to the negotiation table has been long-desired by Unifor Local 2301, who have been consistently open to a return to bargaining.

In a press release from August 7th, a statement from Rio Tinto said the company decided to step away from the bargaining table because they there were too many union demands to deal with that they claimed would not have allowed them to have a collective agreement comparable to those of their competitors or of their other businesses in Canada.