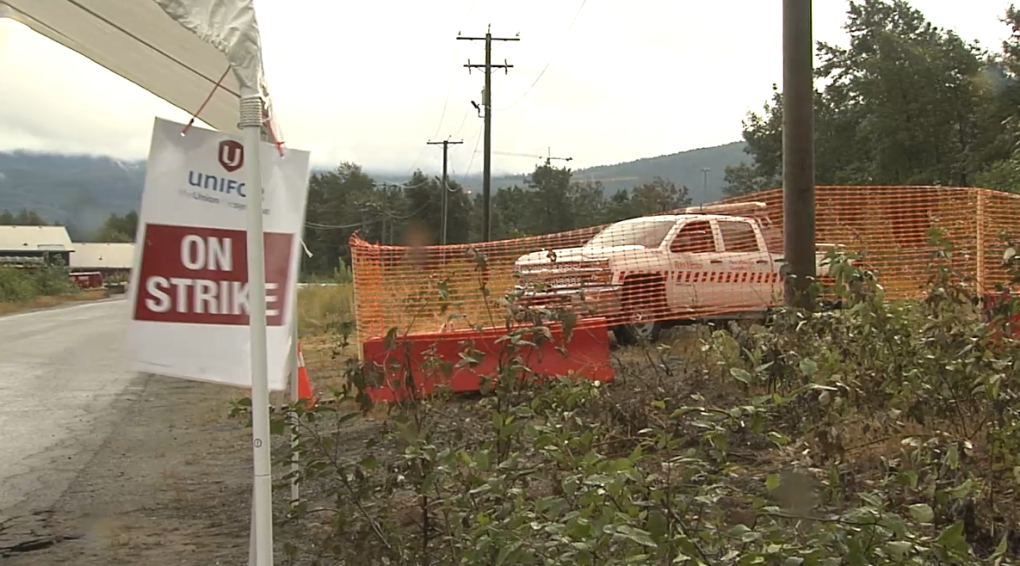 KITIMAT, B.C. -- Rio Tinto says the company and the union representing striking workers at Kitimat have agreed on setting up a meeting in the coming days.

A company memo sent to all B.C. Works employees over the weekend says Rio Tinto and Unifor Local 2301 hope to evaluate the options of going back to the negotiation table.

In the memo, the company also claims that during the last discussions, there were still too many union demands to deal with, which didn't allow Rio Tinto to reach a collective agreement comparable to those in its other businesses in Canada or its competitors.

Rio Tinto says it's paramount to discuss long-term changes which it says would build a strong and sustainable future for B-C Works, not only for current employees and their families, but also for future ones, retirees, suppliers, customers, First Nations partners and the communities in which Rio Tinto operates.

The two sides are at loggerheads over a number of issues, including retiree benefits and the use of contractors.

In an interview with CFTK, Unifor Local 2301 President Martin McIlwrath described the upcoming meeting as a positive step forward.

"This'll lay the groundwork for getting back to the bargaining table," he said. "We're looking to get our members back to work with a fair collective agreement. There are a lot of issues that are outstanding, and they need to be resolved. So we have to figure a way how to do that in some way, shape, or form."

McIlwrath also pushed back against the company's claim that they were facing too many demands from the union. He said the union actually submitted fewer demands to Rio Tinto in this round of bargaining compared to previous years, and that the company hasn't been willing to resolve them.

The strike is now entering its third week.

Earlier today, Rio Tinto and Unifor Local 2301 agreed on setting up a meeting in the coming days. It aims to evaluate the options of going back to the negotiation table.

During the last discussions, there were still too many union demands to deal with and that did not allow us to have a collective agreement comparable to the ones we find in our other businesses in Canada or with our competitors. It is for this reason that we took a step back to reflect on the importance of the next discussions.

It is paramount for us to discuss long-term changes to build a strong and sustainable future for BC Works and that we are working as one team.

It is important for not only our current employees and their families, but also the future ones, our proud retirees, suppliers, customers, First Nations partners and all the communities where we operate.