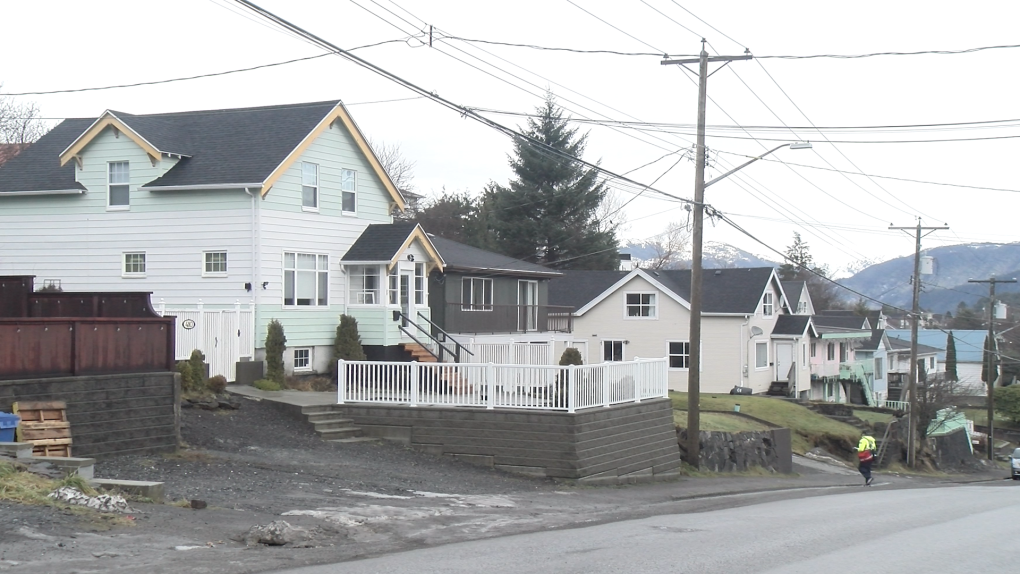 A row of homes along 6th Ave W in Prince Rupert. (Joshua Azizi/CFTK).

You’ve probably heard this before, but northwest B.C.’s real estate market is booming.

The B.C. Northern Real Estate Board’s (BCNREB) year-end report says 2021 came close to being a record year for unit sales in the north. At the same time, active listings reached their lowest levels since 2000, when records began.

“There's hardly anything for sale all through the northwest,” said BCNREB President Sandra Hinchliffe.

“Over the last year we did have a fairly good supply of new listings, but they just sold too quickly to be able to build up to any kind of supply.”

Hinchliffe says there’s plenty of demand for homes right now but not enough homes for sale. As a result, selling prices are going up.

“We just don't have enough people that want to sell,” she said.

Other factors such as a growing population are affecting the imbalance between supply and demand as well.

“There are a lot of people moving to the north. I think it's an attractive place to invest, but a hot market is also self-perpetuating because the higher the prices go, the more people are interested in investing.”

“Low inventory drives up prices. If there's more than one buyer for every property, it's going to drive up prices. Multiple offers drive up prices because people are in a bidding war and they don't have time to slow down and take their time and negotiate. They have to give their highest and best offer first,” said Hinchliffe.

“Once you've lost out on competing offers once, twice, three, four times, you’re fairly aggressive as a buyer when it comes to making a bid on a property.”

For this year, Hinchliffe says the northwest’s housing market is expect to remain busy, not to mention expensive.

“Projections are more of the same. Unless our inventory goes up, but we can't see our inventory keeping up with demand at this point.”