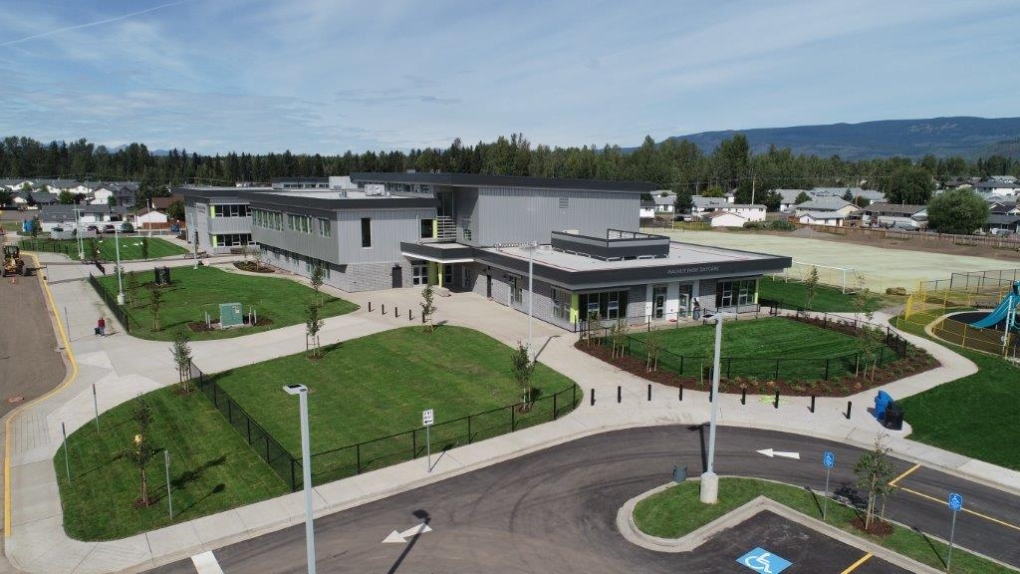 SMITHERS, B.C. -- It's been open for nearly two weeks already, but on Saturday, the public will get a chance to see the brand new Walnut Park Elementary School in Smithers.

Construction of the school, which was delayed by a year due to issues surrounding the firmness of the ground on the site, was completed in August and the new school was ready for the start of classes last week.

Tomorrow afternoon, a special ribbon-cutting ceremony will take place at 1pm, followed by an Open House to give everyone an opportunity to view the results for themselves.

COVID protocols will be in place.

School District 54 Secretary-Treasurer Dave Margerm says the new school is more community oriented than the half-century-old building that it replaces.

"We have a day care/child care system in the south end of it so it can house 42 children; the gym is larger - almost secondary size -- it can be divided for community use or school use; we have a really nice kitchen area for the community to use; an extra multi-purpose room; and there's some larger spaces -- a little bigger foyer and things like that that provide the ability for the community to access our facilities on a more regular basis and support the town," he explained.

Margerm says there are many other improvements -- such as an abundance of windows throughout the two-storey building.

"There's a lot of natural light in the building, which so far the kids and the staff have really enjoyed; it's got a lot of neat wood features to it; it's very energy-efficient obviously, far more than it was in a 50-year-old school -- and we've got two fields versus one so you have a primary field and an intermediate field that the community can use; a basketball court; a couple of large playgrounds with rubberized surfaces."

The Government of B.C. provided $29.17 million for the project and the Bulkley Valley School District contributed an additional $2.36 million.

The Province funded the new child care spaces with a $2.51-million investment.